HOME > ROBOmind-Project > How to Define the Meaning of Verbs: Part 1

How to Define the Meaning of Verbs: Part 1

How can we understand the meaning of “to put”? – the phase of the linguistical world

To summarize what I have explained in the last post, consciousness identifies the virtual world.
The virtual world has a setting made up of time and place and inside a setting, a series of happenings occur.
A happening refers to something occurring, and you can structure it mainly using verbs.
Now let’s think about verbs that lie in the center of happenings. 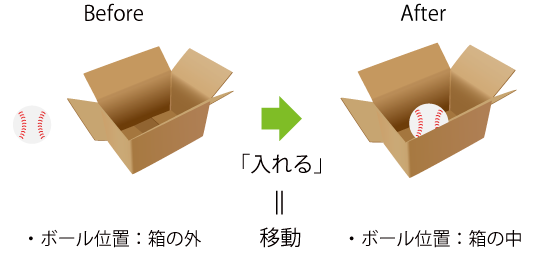 On the contrary, what determines the fact that it understands the meaning of verbs?
One way to look at it is its ability to detect erroneous use of verbs.
If it is capable of finding it out, you can say that it fully comprehends the meaning of that said verb.

Then, what is erroneous use of verbs?
That is, when you interpret a sentence you can’t generate a single object in the virtual world.
For example, when there are grammatical errors or the sentence is physically impossible to happen.
Without these problems and meeting all the conditions, it can finally execute the action of a verb.
Hence, verbs have several layers of conditions that determine the capability of execution.

The conditions of execution “to put” （linguistical world）

The first layer grammatical level
Rule：The subject is a noun

This rule stipulates that any part of speech considered as subject can only be “noun”.
According to this rule, for example, the use “to put to walk” provokes an error as it is grammatically incorrect.
Consciousness, faced with grammatical error, it responds such as “ ‘to put to walk’ does not make sense”.
Since it is grammatically incorrect, it obviously cannot construct a virtual world – it halts the analysis from this point on.
If there is no issue at grammatical level, it will proceed to the analysis at construction element level. 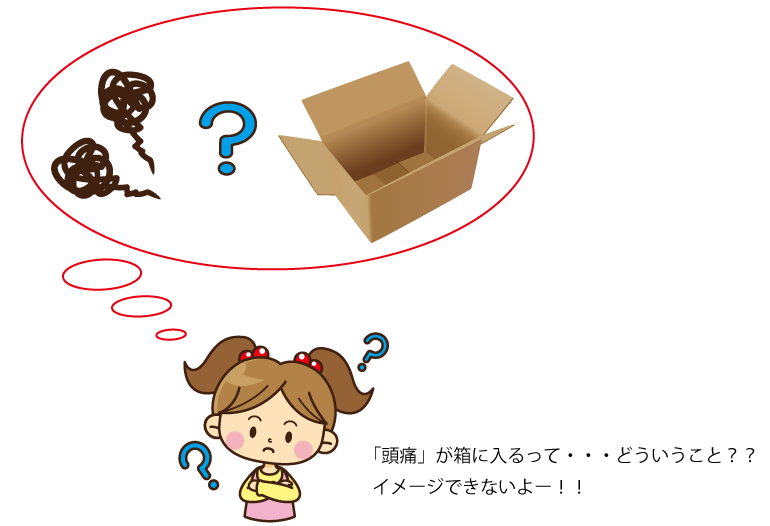 For example, a sentence that reads “to put headache in a box”, although it is grammatically correct for having a noun as the subject, you can’t picture it in your head.
Whether you can draw it in a picture indicates whether you can picture it inside your head.
Here we define that the subject and the object place for the verb “to put” are both under “concrete” concepts.
In that sense, since the word “headache” is not a concrete concept but an abstract one, an error arises at drawing level.
Consciousness, faced with an error at drawing level, it replies “I can’t picture the sentence ‘to put headache’ “.