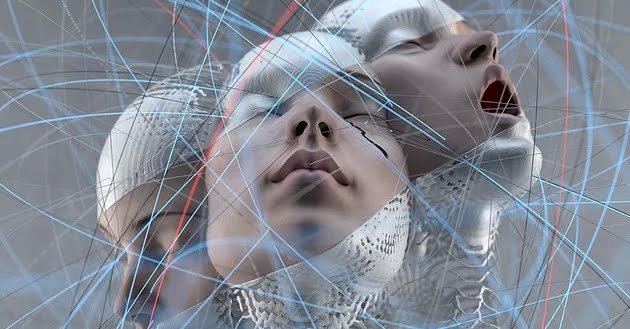 Mary loves to climb mountains. She started to climb a mountain as always with a big backpack.
Actually, a vicious bear lives in that mountain.
She didn’t know about it and went deep into the mountain. 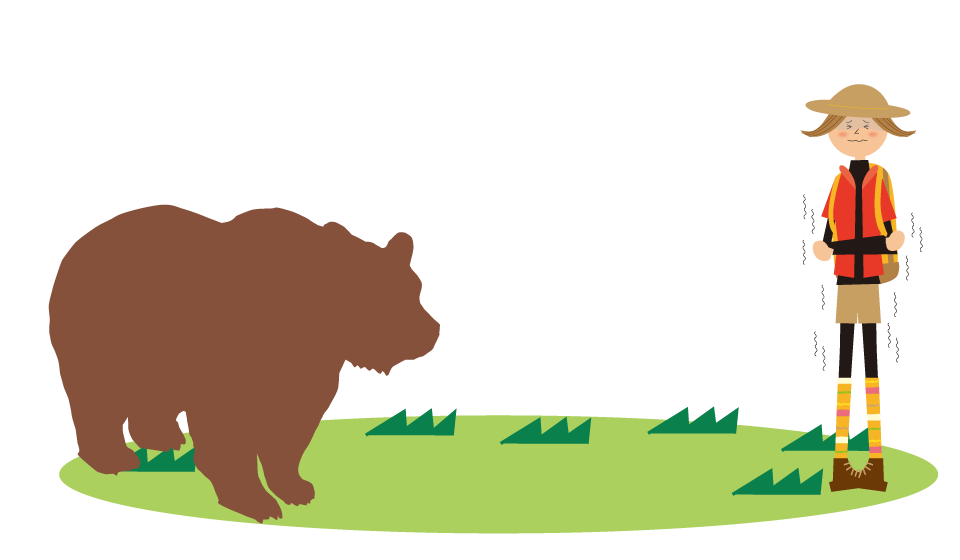 Suddenly, a vicious bear jumped out of a bush in front of her. It was only three or four meters from her.
The bear seemed to be very hungry and it was about to jump on her. She was paralyzed with surprise.

“I will be attacked if I do nothing!”

“I should run away right now, but it will catch up soon even if I run at full speed,  what should I do…” 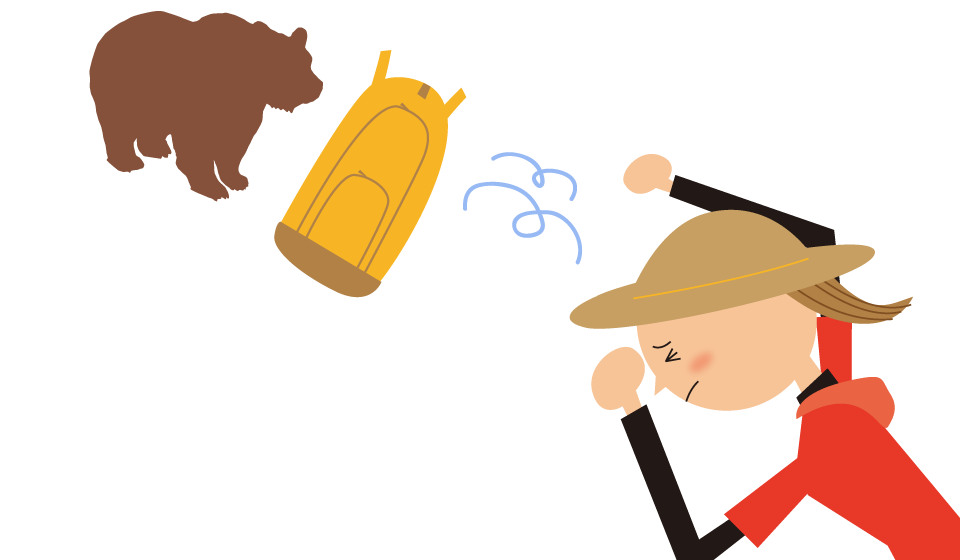 As she thought, the bear jumped on the backpack and started to forage the foods there.
She ran away at the full speed and could escape from the bear safely.

In the second story, Mary uses a carrying robot instead of her backpack.
It is a quadrupedal robot.
When she gives it instruction to follow her, it follows her anywhere.
It can’t talk, but it understands simple instructions. It doesn’t mind walking through mountain roads at all.
A robot of this level has already developed.
That is the dog-like robot of Boston Dynamics that was bought up by Softbank.

Suddenly, a vicious bear jumped out of a bush in front of her again.
She was paralyzed with surprise.

“I will be attacked if I do nothing! But it will catch up soon even if I run away.” 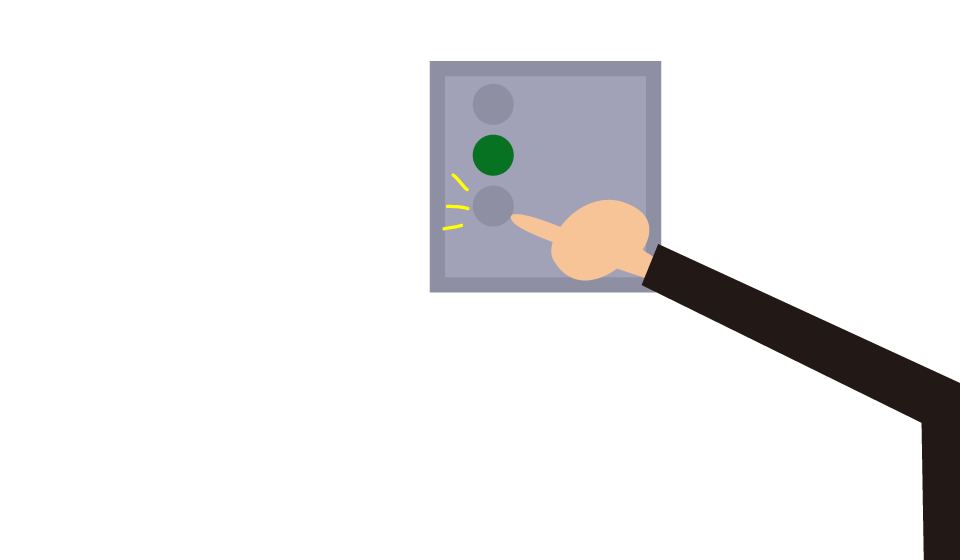 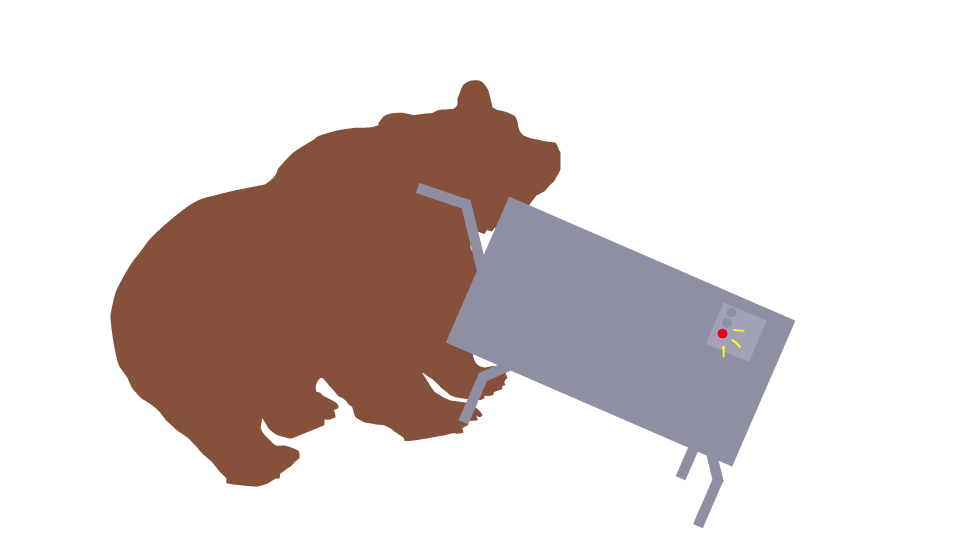 The robot was hurtled to the bear and the bear jumped on the robot as she thought.
Meanwhile she could escape from the bear.

In the third story, Mary uses a carrying robot too. In contrast to the second story, the robot is conversational with Mary.
“My lady, please mind your step.”
“My lady, you are tired, aren’t you? How about taking a rest here?”
The robot shows concern for her like that.

Mary named the carrying robot “Roger”.
“Roger, you are always nagging. I don’t mind this level of mountain roads.”
Having this kind of conversation, they were climbing the mountain . 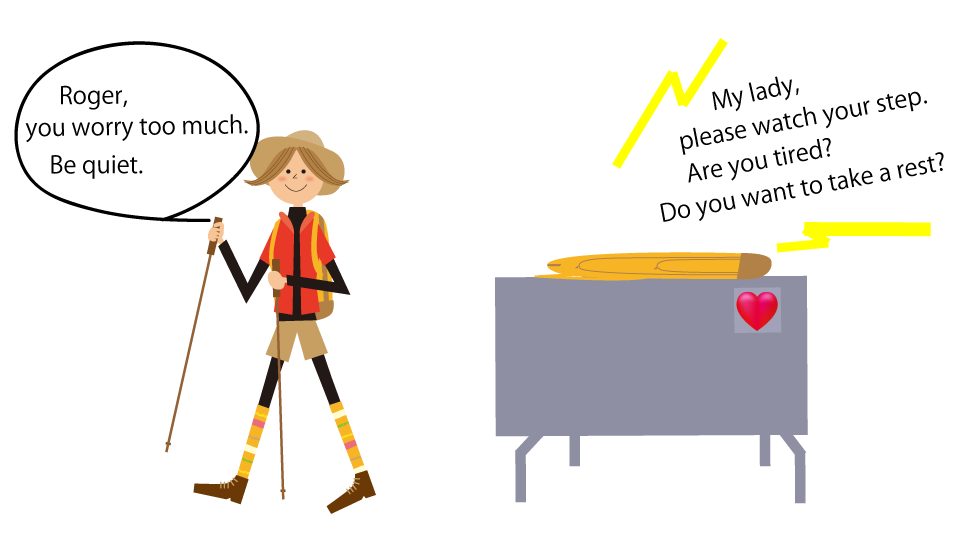 Suddenly, a vicious bear jumped out of a bush in front of her again.

She was paralyzed with surprise.
Although she was a tough girl, she was upset with the sudden appearance of a big bear.

“I will be attacked if I do nothing!”
As soon as she thought so, something stepped between Mary and the bear. 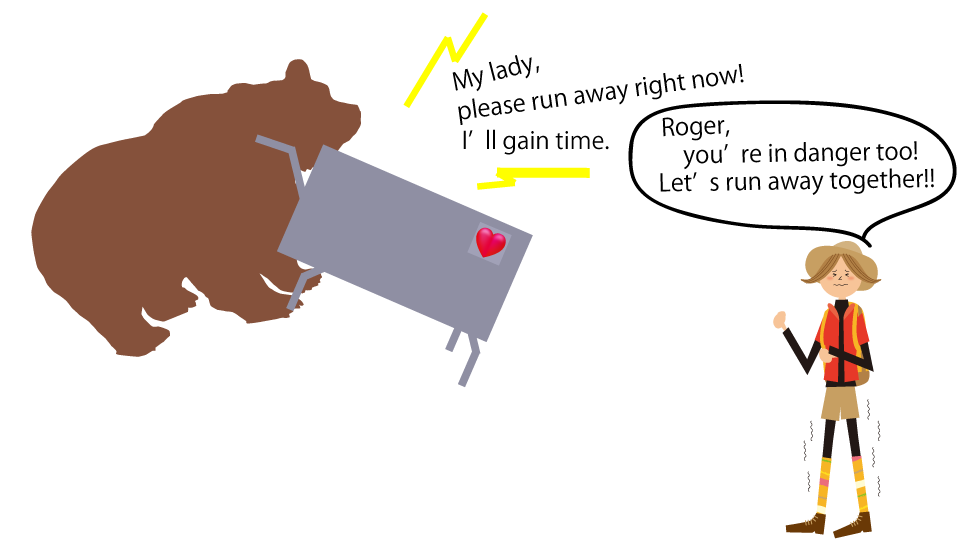 “My lady, leave it to me. Please run away right now!”
“What are you saying! You will be broken by that big bear. Let’s run away together right now!”
“What are you saying, my lady? I am just a robot.
You don’t need to mind if a robot was broken.
Please run away right now while I am fighting with the bear.”
Soon after that, the bear jumped on Roger and started to bite him.

“Please, please run away right…”
The bear seemed to have bit into his audio circuit, and Roger’s voice was interrupted. 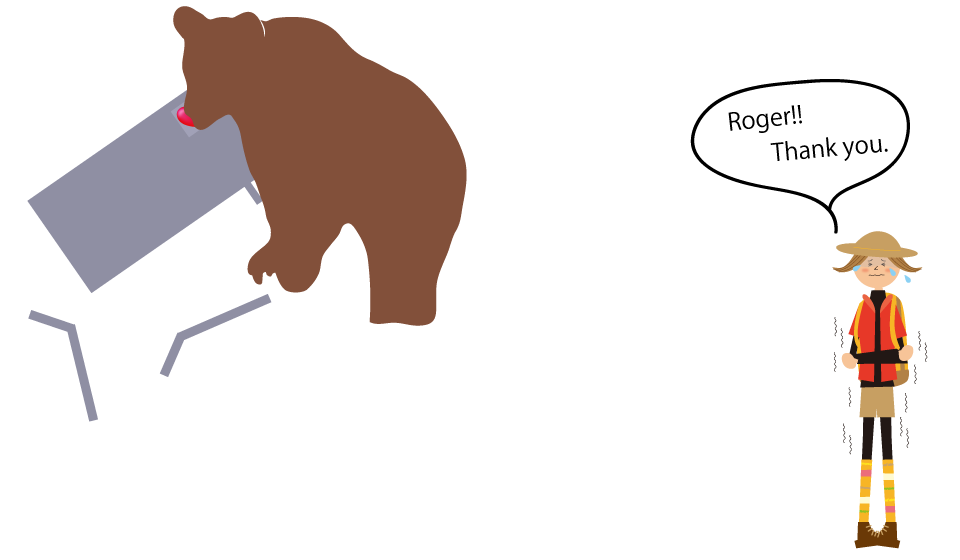 Mary was about to run over to Roger automatically, but she started to escape, wiping away her tears so that his death wouldn’t be for nothing.

In this way, Mary was able to go down the mountain safely thanks to Roger.

Now how do you feel about these three stories?

The backpack of the first story, the quadrupedal robot of the second story and Roger of the third story are not humans but objects. But do they have a mind?

You don’t feel that the backpack has a mind, do you?
The backpack is just an unmoving object.

Now then, how about Roger?
You feel something from Roger for his attitude in trying to save Mary desperately, don’t you?
Could it be that Roger may have a mind…?

You feel so, don’t you?
So, why do you feel that only Roger has a mind?

According to these three stories, how do we create “a mind of a robot”?
Next I will explain the methods.

Next Pagearrow_forward What does “creating a mind of robot”…