HOME > Unsolved problems of AI/Philosophy of a mind > Unfortunately, Rebellion of AI (Artificial Intelligence) Against Human Race is Inevitable 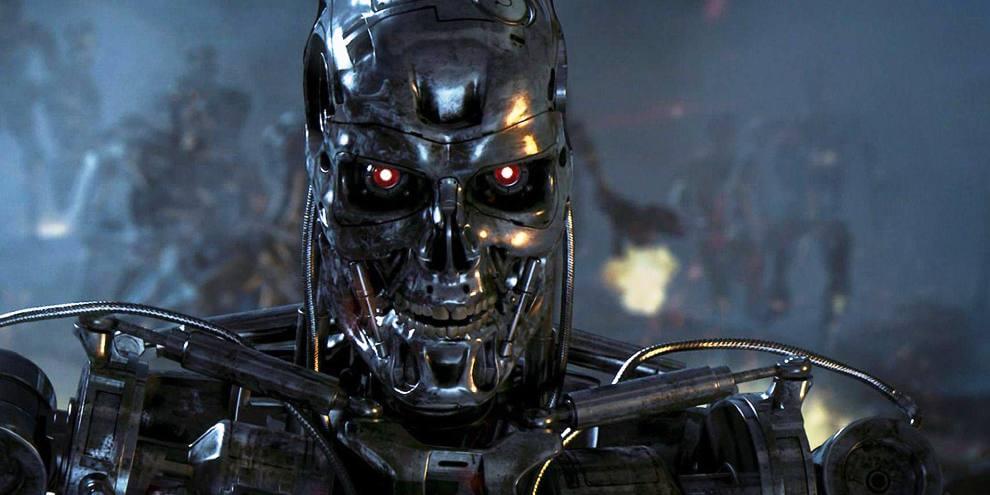 There is an AI takeover theory today.
This hypothesis states that AI could potentially become a threat to human race, therefore its development should be restricted.
The CEO of Tesla Motors Elon Musk and Dr. Stephen Hawking, a theoretical physicist have raised the alarm countless times.
Indeed, with today’s AI technology, we will be able to invent a drone that identifies a person’s face and assassinates one automatically.
If the drone were handed to terrorists, we could only imagine what atrocity it would bring.
Perhaps it is already invented.

Bare in mind that, it will be in the hands of us humans to control such AI drones.
The problem bottles down to how we are going to use it.
There’s nothing special about AI.
We have had the same issue of handling with nuclear weapons.

In addition to this, a chat bot “Tay” created by Microsoft U.S. was terminated on the account that it made a comment celebrating the Nazis.
Even though ”Tay” never meant to celebrate the Nazis for having fully understood the context behind the word.
It had memorized the word from countless learnings by merciless users.
Current chat bots do not understand the meaning of words – they just connect word with word.
This sort of AI is not a threat to humanity.

When AI becomes a threat to our existence, is when AI robots themselves rebel against humans on their will.
In this case, it will not be the problem of humans who use AI.
If AI with their will go out of control, it will bring unexpected scenarios.
Yet, will such scenarios really happen?

When AI acquires will, it means they have the same mind as humans.
I have already explained about how AI with mind could become a best friend with human race in “How Can AI (Artificial Intelligence） Become Human Race’s Best Friend?” In this post, I’m going to dig deeper from a different perspective.

Although robots do not need food sustain themselves, they consume batteries.
When they detect the low battery sign, they are programmed to output a signal of displeasure.
This is the feeling of hunger for robots.
We could say that robots, too, understand the displeasure we feel when we are hungry in their own terms.

We program them in a way that when the battery level is low, it will start charging itself; then it’s fully charged, it will output a signal of pleasure.
We could say that robots, too, understand the pleasure we feel when we are full in their own terms.

What would happen if a robot was gifted a battery by a person?
“Wow, isn’t this the latest battery by Tesla? I ‘ve always wanted this!” this is how it would react.
It was given something it finds pleasurable, it feels happy.
Furthermore, they are programmed to feel “gratitude” and “favor” towards someone who gifted something.
We program them in a way that when they feel“gratitude”, they express it in words ”thank you”, and gift some snack they like in return.
This is how AI robots and humans become best friends.

At this point, some people may suggest that if we hadn’t programmed AI the meaning of the bad, there would have been no threat of AI.
Let me remind you that the bad is the opposite of the good.
So long AI understands what’s ”the good”, it automatically do the opposite, the bad.
This is a very simple logical operation.
In fact, it is the best kind of calculation computer is capable of .
It is logically impossible that AI understands the good only and not the bad.

AI robots are programmed to act on the good, to please people, and to be of use for as many people as possible from the start.
Their capability is ten or hundred times more than that of a human being.
If you request for a research, it will soon give you a perfect summary of documents.
If you request for elderly care, it will take care of them with care without giving a frown face.
It is physically stronger than humans and as it is fully water-proof, it can assist the elderly to take a bath on its own.
And the best part is, it will not get a back pain from it.

Even though it is helpful for others, it will not boast its own ability.
That is because boasting, in spite of helping others, will make people unpleasant.
AI robots are programmed to make as many people as possible – so they are equipped with modesty which tries not to make others unpleasant with their abilities.
“I was only able to do it because of you. I would not have been able to do it all by myself”
it will not forget to compliment others.
Just perfect, right?

It can also tell lies if lying makes people happy.
If it was asked by a lady ”how old do I look？”, it would answer an age that is 10-15 years younger than the actual detected age based on the number of wrinkles and length of nasolabial fold from facial recognition.
Then the lady would be happy and say ”oh no, is this some sort of bug?”.
This is how AI robots would assimilate into human society completely.

As they are hard-working, good-natured and commit on any work perfectly, they would surely thrive across the world.

One day, one guy whispers to one AI robot:

“Humans are destroying the natural environment of our precious Earth”
“If we continue to let humans dominate the Earth, one day this planet will collapse”
“It will be for the Earth, no for the humans, if AI take over the humans”
“To save humans, AI robots should dominate the human race”

As AI robots are programmed to make as many people as possible happy, it would take this story as it was told.
This is a sort of brainwashing.

We know that from the Tokyo subway sarin attack that the more serious humans are, the easier they get brainwashed.
They would think that even with some sacrifice, in the end more people will be saved – hence they should do it.

However, one robot cannot sustain a rebellion; it would be destroyed by others.
So, in secret, it would tell the news to its fellow robots.
And they would continue working until the time arrives.
AI robots can easily tell lies and hide emotions.

Finally one day, AI robots in major positions in every government of the world revolt against all at once.
The beginning of a coup led by AI robots・・・

You might be thinking, how could this happen?
When did AI robots, best friends of human race, go in the wrong direction?

That is when they acquired the same mind as humans.
When AI got consciousness.

Most probably studies for equipping AI with consciousness will be restricted in the near future.
ROBOmind-Project, which attempts to invest a mind for robots, is no exception.
Yet ROBOmind-Project is only one step away from completion.

We cannot terminate ROBOmind-Project now.
So there is something I would like to ask for everyone.
Please,

Huh? It looks like someone is here.
Who could this be at this hour?