How to Distinguish Android from Human Beings 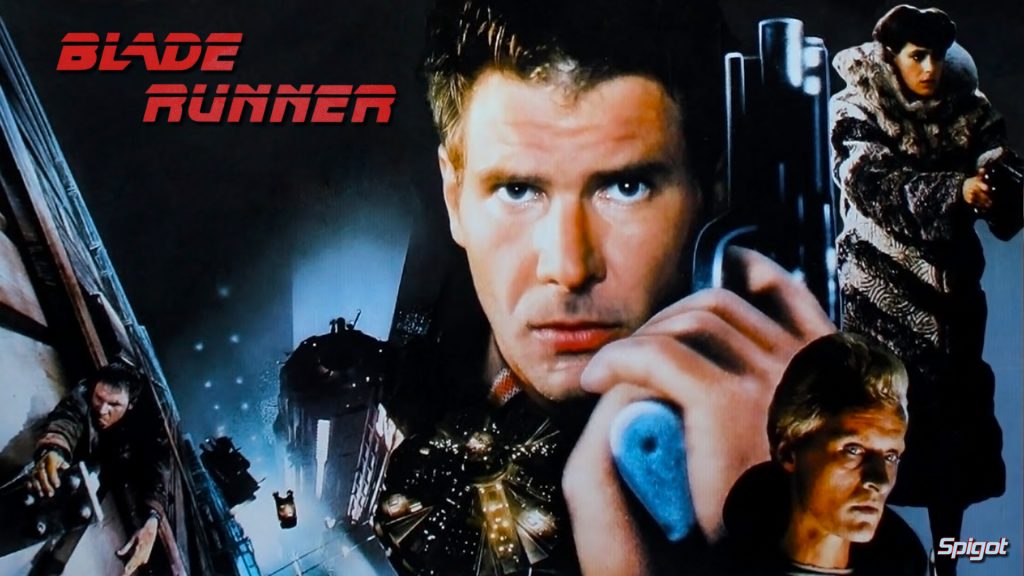 The Turing Test is a test developed by the father of computer Alan Turing (1912-1954) used to distinguish a machine from humans.
Alan Turing was a mathematician who was famous for proposing the Turing Machine, which formulates concepts of calculation. He was also known for The Turing Test.

Speaking of The Turing Test, I think of the masterpiece of science fiction “Blade Runner” (1982).

Blade Runner is a movie where human-like android called replicants run away and the investigator played by Harrison Ford runs after them. In the movie, The Turing Test was utilized to figure out whether suspects were replicants or humans.

The Turing Test in the movie works like this: throwing simple questions and observing the change in pupil.
In the scene where after the test asked family and upbringing, it talked about horrifying stories which a human being would be scared; and I was grinning when it saw the unfazed look. 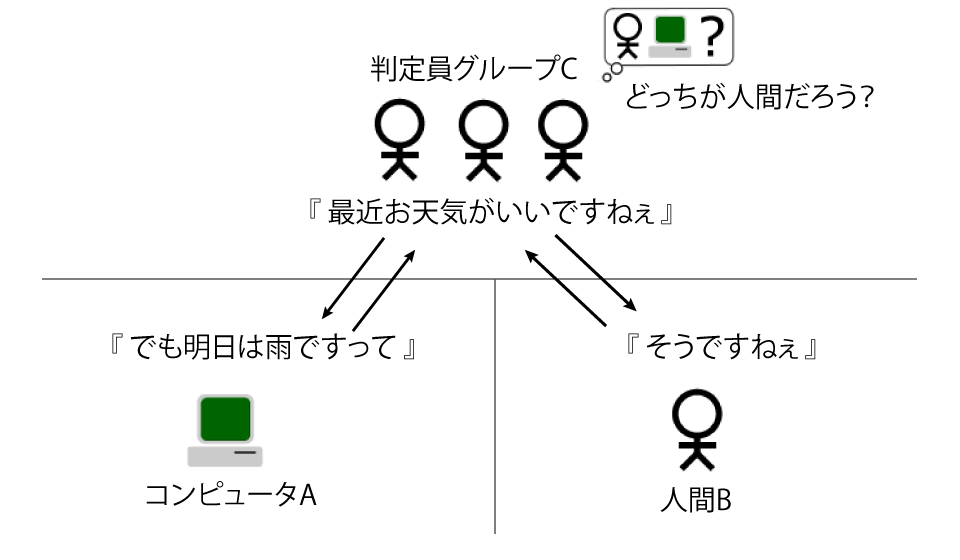 Now in the movie, the assumption was that replicants cannot be distinguished from humans from their appearances. It is a little different in the actual Turing Test.

What The Turing Test attempts to judge is human mind.
Appearance is not taken into account in the test.
Hence what Turing proposed, was to use a system similar to chatting.

If the results turn out to be divided in two, you can judge that the machine has the same mind as the human has, undistinguishable from either.

What feels wrong about this Turing Test is the fact that there are humans embedded in the test:
that it is humans who judge whether it is a human or a machine.
Judgement of humans is usually subjective and hardly scientific.
If they want to test it precisely, they should employ other scientific methods to measure the difference.

For instance, an indicator “a certain frequency in EEG indicates the existence of mind” is scientific.
The phenomenon can be objectively judged of its existence.
However, Turing did not use such methods.

Then why did Turing come up with such a vague, subjective testing method?
He had no choice but do so.
To explain this, let me explain the system of the Internet which resembles to the model of mind.

The Internet works based on the system of data communication called the OSI model.

Communications are only exchanged in the same layer in the OSI model.
For example, the role of mid layers is to send packet in the correct order.
It doesn’t go beyond as to check the content of data, because that’s the job of the upper layers.
If the top layer Application layer is email and protocol, it sends and receives emails; if it is HTTP, it sends and receives websites.

Data communication is digital data, hence comprised of lines of 0 and 1.
You wouldn’t know what is happening just seeing the data flow.
Yet the content is in fact divided into these different layers and communicate according to each rule (protocol). 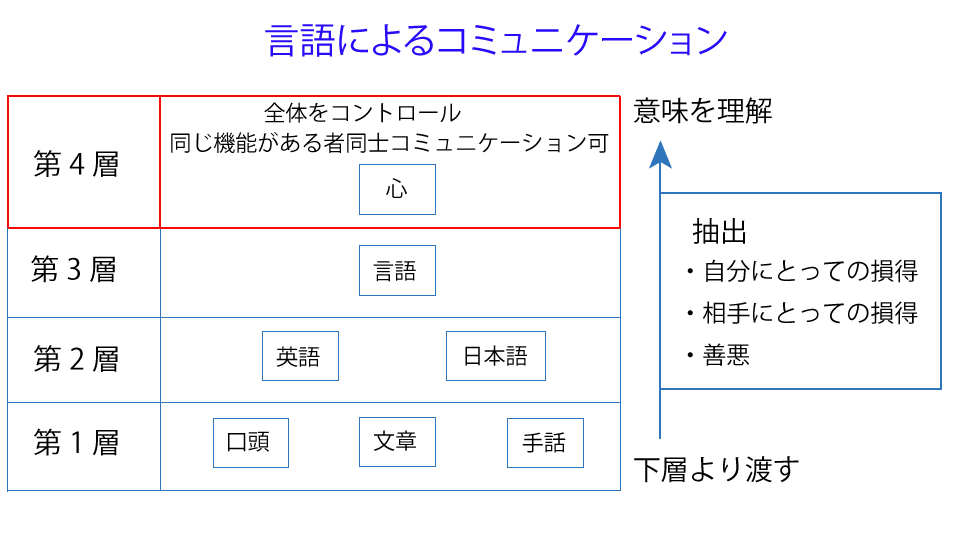 First of all, humans communicate with language – and language, too, is structured in layers.
Language is not just about verbal communication. It is written, sign-language, and comes in different forms of communication.
What’s more, language has different kinds – like English and Japanese – each with different grammar.

In language communication, the bottom layer is made up of verbal, written, or sign-language, and above comes English or Japanese, and grammar.
The top layer that controls the whole system is “mind”.

In language communication, from interpreting the word received from the lower layers we understand the meaning.
What ultimately understands the meaning of the word is “mind” in the top layer.
The function of “mind” is already explained in detail in “What Are Emotions – What is A Cognitive Pattern?”, it is to extract emotions.
Mind determines actions based on the judgement extracted by applying whether it is advantageous or disadvantageous for me, or advantageous or disadvantageous for others into cognitive patterns, and then extracting sense of right and wrong, ethics, or emotions.

Hence those with this function of mind from the top layer are able to communicate each other and establish an emotional bond with.
Unless they have the shared function, they cannot understand each other.

Let me tell you an example story.
To make it easier to understand, let us think of a mind of a wolf.

A wolf attacks sheep and eats it.
If it is hungry and finds sheep, it hunts it down.

Humans have mercy.
This can be interpreted as one of the cognitive patterns to help the weak. 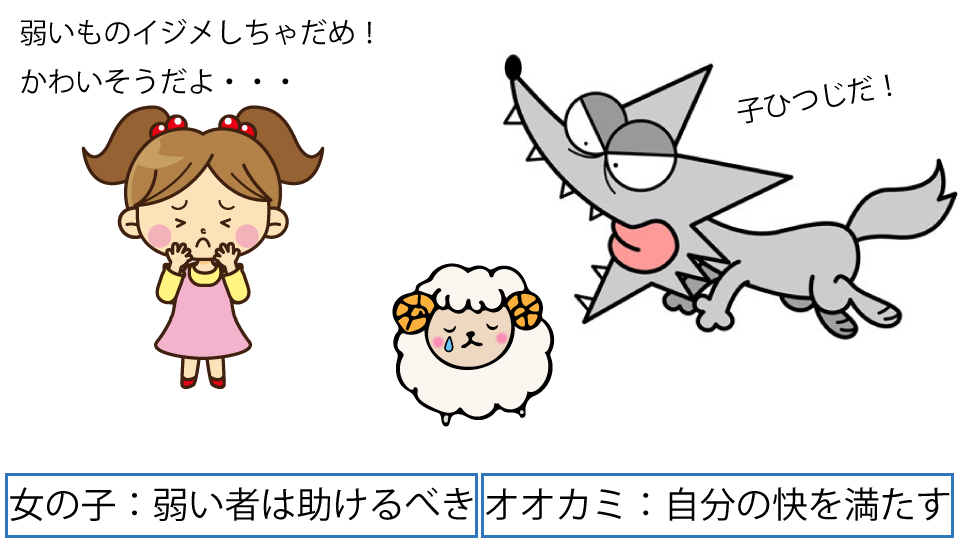 Nonetheless, in the mind of a wolf, there’s no such rule.
Even if it was injured and frail sheep or lamb, it would attack it and eat it without thinking twice.
It would not think that it is unfair to attack the weak, or I should let the baby escape.
It is not a matter of options – because it does not have a rule where “they should help the weak”, it cannot comprehend the concept itself.

To a wolf,
“my current state is hungry（displeasure） and if I see sheep, I’ll hunt one. If
I can successfully catch it and eat it, I’m content（pleasure）”
“Avoid displeasure, and seek pleasure” is the only rule in mind.

Now let me go back to The Turing Test.
Why did Turing decide to embed humans into the test in order to examine whether a machine has a mind or not?

This is the biggest characteristic of The Turing Test.
To judge whether it has the same mind as human’s, it can only be done by human mind.
This is why there are humans embedded in The Turing Test.

When you think of mind and consciousness, you need to understand consciousness as a whole ecosystem including the very subject in it – a human -, not just understanding itself alone.
I’ll call the system Ecosystem of Mind.

One traditional school of science is reductionism.
Reductionism is a way of thinking in which we can fully understand a subject if we dissect it into its components.
One prominent approach of reductionism is seen in an attempt to search for the smallest neuron which evokes consciousness.
However, in my opinion, I don’t think consciousness belongs to only one certain neuron.

There are other approaches besides the reductionist way, to grasp the brain itself as a system and by understanding it as a whole will lead to consciousness. Yet this is still too narrow of a subject to fully comprehend consciousness.
Therefore, even if we could reproduce an entire human brain, we could not be sure whether it would have the same consciousness as human’s.

There are stories of babies who have been raised by wild monkeys or wolves.
They were abandoned soon after birth, and raised by wild animals.
If they go back to human society after reaching a certain age, the studies have shown that they will not be able to hold a conversation properly no matter how many times we teach them how.
This indicates that even with the same human brain, if one is raised without having communicated with other humans, one cannot develop the same kind of mind as human’s.

Raised by monkeys and wolves, one can only develop certain degree of mind maturity as the animals.
Even if he was taught by humans later, one would not be able to develop the same degree of maturity of mind.

It means that inventing AI with the same brain functions as human’s will not automatically grant it with the same mind.
In order to have AI converse naturally with humans with the same mind and consciousness as human’s, we need to have a approach which attempts to invent AI in an Ecosystem of Mind inclusive of humans, not just a machine itself.

We can only have AI  which understands humans with each other and converses with them naturally, by having the same human mind and shared rules.

R & D blog
What Are Emotions ... arrow_backPrev Nextarrow_forward What Is consciousn...