HOME > Layout of a mind > Time does not exist in reality. Time is a fantasy.

Time does not exist in reality. Time is a fantasy.

What only exists is “present”. The past and the future are fantasies that human mind has created over time. 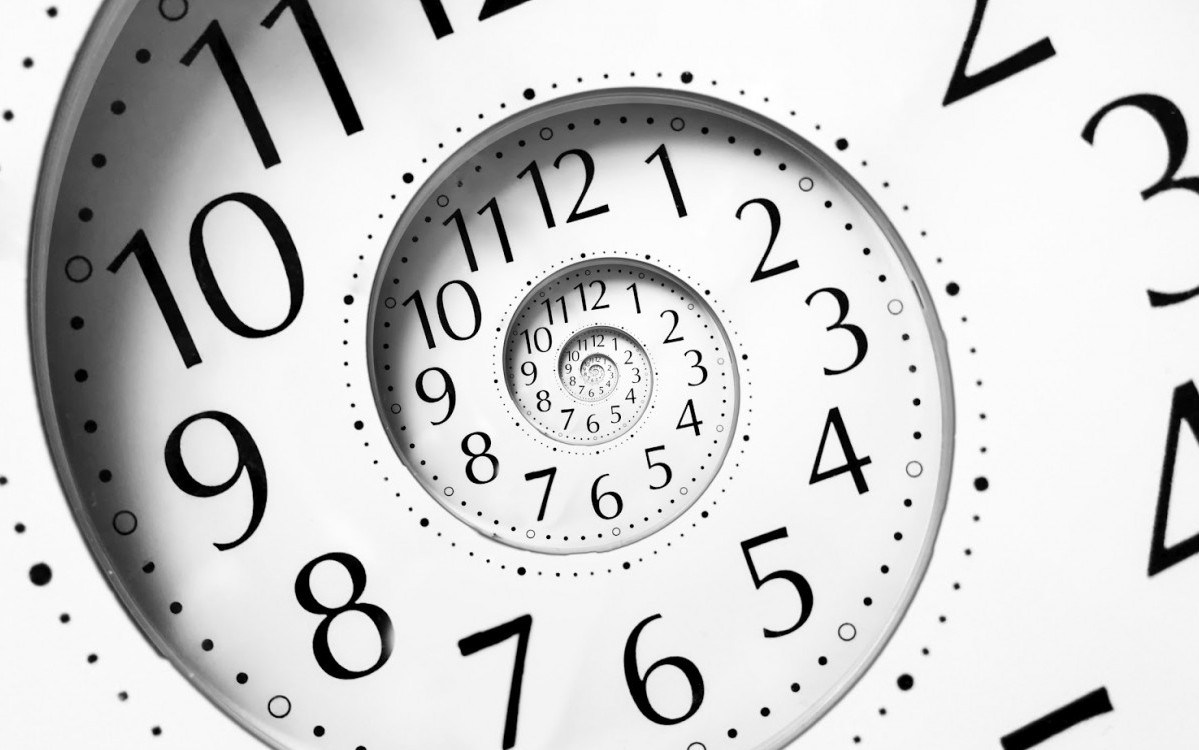 Next, let’s talk about time.

Time is generated from episodic memory.
Episodic memory is a recollection of past episodes and situations.
In regard to episodic memory, please refer to the last post “What is one’s memory? What are memories?”.
For example, let’s say there is an apple in front of you.
It is too ripe and soft, and part of it is blackened and almost rotten.
Let’s recall the state of that apple a week before.
It was bright red, nicely firm and fresh. 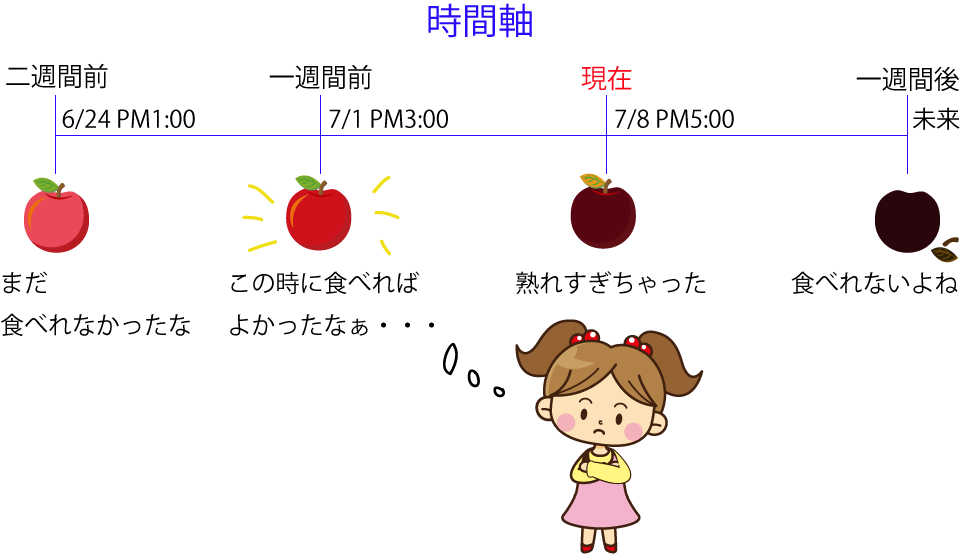 Now let’s dive in a little deeper.
Let’s say we are going to move one apple from one end of the desk to the other.
In that case, it has changed its position in the three-dimensional space.
To move the position, you can simulate it by moving on the space coordinates in the three-dimensional space.
Likewise, to move time you can simulate it on a time frame by setting it.
Hence, to compare the apple a week before and the present one, you need to do so by setting a time frame.

By creating a three-dimensional virtual world inside your head, not only will you be able to understand the three-dimensional world, by setting a time frame you will be able to understand such thing as time.
By comparing the incident of the past to the present, you will feel the flow of time from the past continuing to the present.
With this time frame, you can now imagine the concept of future in the continuum of the present.
This is how the concept of time has been introduced.

Hence, time is a virtual concept that has been created by introducing the concept of time frame.
Furthermore, time doesn’t exist in the real world, it is a fantasy that only exists inside humans’ head.

There only exists the moment of “now” in the real world.
Between “now” , the past in the memory and the future exists the virtual concept of time.
Only humans who have consciousness can feel this sense, so animals don’t have the same sense of time as we do.

Animals can’t reflect on the past like “I can’t catch any prey today” or to ponder about the future “will I be able to catch any tomorrow?”.
All they can do is to respond to the present situation by some action pattern.
You can say that it is living the eternal present.

As I have explained “What is Consciousness”, frogs as long as they see something flickering in front of their eyes, they will identify them as bugs and catch them.
They can only respond to the situation in front of them.
This is what I mean by living in the eternal present.

Although animals don’t have the same sense of time as we humans, it doesn’t mean they cannot memorize.
Animals can learn too.

It shows that this dog has learned from the past experience.
Yet, dogs don’t possess consciousness of human’s, and they can’t recollect memories by episode.
Dogs only have action patterns which have the same entry point for both input and output, and all they learn is action patterns. 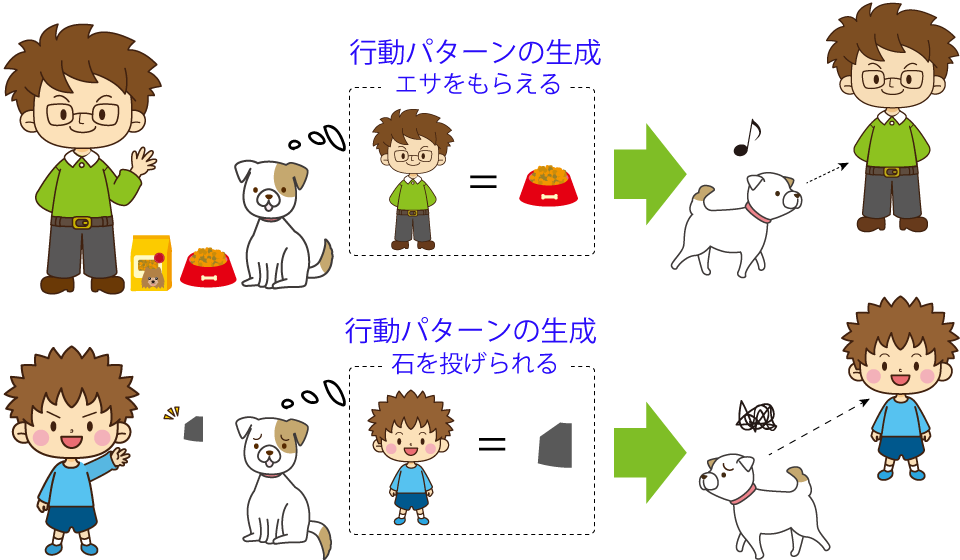 If the next time it sees the guy and gets thrown a stone, it will change the action pattern for the guy.
All it can do is change its action pattern.

In addition, to compare it with the present situation, you would need a maneuvering space.
“Maneuvering space” is a space in which objects created in your head are being maneuvered.
For details, please refer to “What Does It Mean? : To Identify A Three-Dimensional Space”.

Therefore, in order to feel the flow of time, it is necessary to have the mind model with consciousness, objects, a maneuvering space and a time frame.