HOME > Consciousness > Would A Neurological Zombie Dream About Qualia？：Part 2

Would A Neurological Zombie Dream About Qualia？：Part 2 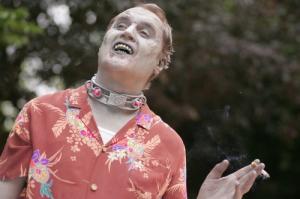 Kobe, the city I live in, has many old Western houses around the city.
It is said that zombies of the olden days still reside in such Western houses.
Back in the day, we would hear about stories of being bitten by zombies – I don’t hear of them now anymore.

I had no idea what had just happened when I was bitten by one.
“I am sorry, I just couldn’t help but bite you sir”
“I had sworn that I will never do this. I am very sorry sir”.
I faintly remember this old guy with a funny accent apologizing to me, but I have no memory of what happened afterwards, not at all.

When I came to, I was in my house.
So thirsty, I drank water from the tap water in the kitchen as though to satisfy my greed.
Then I realized, with my face wet all over, “what am I doing?”.
That’s when I faintly recalled that “I was bitten by an old zombie guy”.

Every part of my body ached, and I struggled my way to the bedroom and lay on my back.
It felt as though I, too, had become a zombie temporarily when I was bitten by one – I slowly began to retrieve the human consciousness in me.
I couldn’t remember what had happened up to this point.
It wasn’t like I couldn’t remember it – I just couldn’t function my head properly.
It felt like I couldn’t concentrate on thinking with my human consciousness just came back.

I have explained about the difference between human consciousness and consciousness of other animals in “What is Consciousness In The First Place?”.
In this post, I will explain about “blindsight” more in depth.The phenomenon of “blindsight” occurs when the visual center of your brain gets damaged without losing the function of your eyeballs.

You’d think that you cannot see anything.
When questioned “can you tell what this is?” while being pointed at a post card, you’d answer “I don’t know because I can’t see”.
“This is a post card.” “Please hold this post card and put it in the post over here”. Someone hands you the post card in front of the post.
You’d say “I can’t do that” – and they forcibly reply back “Try putting it in, just make a random shot”.
Viola, you find yourself putting the card in the post.
Without bumping into the post, you managed to put the card inside the input port of the post in one try.

This is blindsight.
A very mysterious phenomenon.

When we see something, it will be processed in two streams in our brain.
One is the ventral stream, and the other one is the dorsal stream. 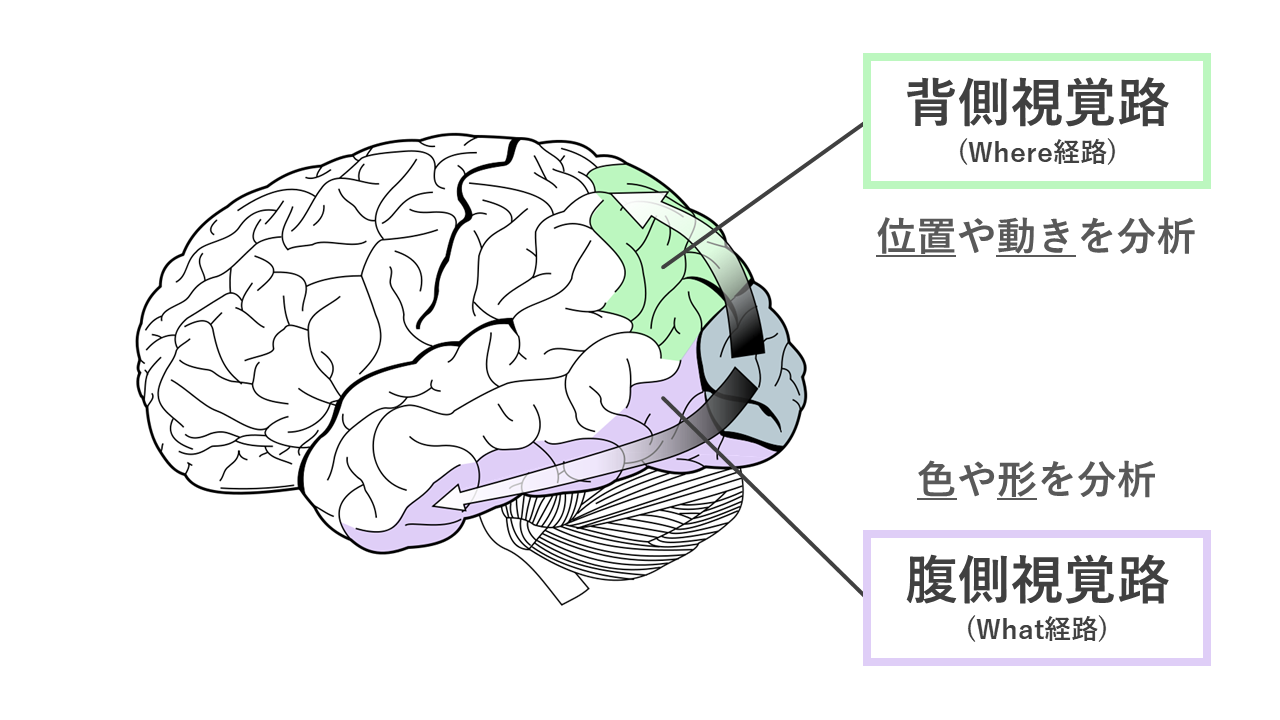 The blind sighted person introduced earlier had the stream of symbolization damaged in the two streams in the brain.
So he couldn’t identify the post card shown in his consciousness. But as the stream of action was still active, he was able to carry out the action to put the card in the post.

What’s important in this example is that when your stream of symbolization is damaged, you can no longer identify things in your consciousness.
Hence, humans can only form things in consciousness when they are symbolized.
Humans are capable of thinking because we can symbolize things.
Even if we don’t have a post card in front of us, we can picture one in our head.
This, too, is symbolization.

We can control the post card we picture – to put it in the post or tear it apart, in any ways.
This is thinking.
We can verbalize what we think in words.

Symbolization- consciousness‐words are all connected.

Now let’s think of an example which has no consciousness involved.
A case of having only the stream of action.
In that case, when you identify something, you can choose either to take an action upon it or not.
We have observed a case of a frog in the post “What Is consciousness In The First Place?”.
A frog, when hungry and sees a fly in front of it, it instantly extend its tongue and catches it to eat.
This is an example of animals which only possesses the stream of action.

The zombified me must have been very thirsty.
The moment I identified the water tap, without thinking, I took the actions of turning on the tap and drinking water from it.
Because I couldn’t symbolize it, I wasn’t capable of thinking of options such as to pour water into a cup, or to boil water and make coffee.
I could only take actions that are linked directly to what were identified.
This is the world without consciousness.
We can survive without it.
This is what it feels like to be a zombie.

Let’s dig deeper into symbolization.
Symbols are stored in our database in our head.
The process of seeing things and identifying them is in fact, a matching process of which symbol they fall under in the database.
Consciousness is only capable of directly identifying of symbols in the database.
Hence symbols that are stored in the database in our head are what our subjectivity sees directly.
This applies to the concept of “qualia”, which I have explained in the post “Qualia Experience and My Story of Out-of-Body Experience：Part 2”.

Other than shapes of things, colors, sound and sensations of things are all stored as qualia in the database in our head.
“The feel of red” when we see the color red or the sound of “clickety-clack” that a train makes, or “the feel of pain” that you feel when twitched your hand. All is qualia.
Our consciousness is only capable of identifying qualia.
In other words, the world our consciousness identifies is made up of qualia only.
It cannot identify the external world directly.

What I discovered from becoming a zombie myself is that, life is very challenging without qualia.
（I sound like a grade schooler!）

I will explain to you about a very scary world that zombies who don’t have qualia experience in the next post.