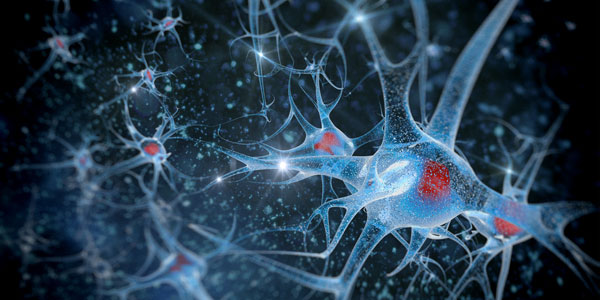 This post is a continuation of the last post”Qualia Experience and My Story of out-of-body experience：Part１”.
At last I can talk about qualia.
Qualia is well known as the study subject of Ken Mogi.
He realized something very important when on the train and heard  ”clickety-clack”.
I feel “clickety-clack”. Where does this quality come from?
When the sound “clickety-clack” waveform is analyzed, you cannot reach the quality of this sound.
”Quality” of sensory that humans feel.
This is qualia.

What is seeing？
Where does the quality of  the sound “clickety-clack” come from?

We people sometimes feel qualia at some point. This is called qualia experience.
I’m going to talk about my qualia experience today.
Before going into that, let me briefly explain about qualia.

In short, qualia is a “feel”.
“the feel of red in strawberries”, ”the feel of blue in the sky”, ”the feel of stinging headache from hangover” or ”the feel of excitement when watching a fun movie”, qualia refers to qualities of subjective experiences.

Your sensory catches a stimulus from outside (information) and delivers it as an action potential of nerve cell to your brain.
Then some quality is perceived.
For instance, when your brain receives light of wavelength 700 nanometer (a visual stimulus） through eyes, you feel “the feel of red”.
This “feel of red” is a sort of qualia.

Everything we perceive is qualia.
What makes qualia unique is its approach.
It does not incorporate this external approach in which one perceives and processes in the brain, but the internal approach where how one feels, which characterizes qualia the most.
The challenge with the concept of qualia lies its focus on one’s internal perspective, subjectivity.

uch as subjectivity, mind and consciousness which are not observable from outside.
As I explained about this in ”Now that we solved the hard problem of consciousness… What’s next?” and “The Symbol Grounding Problem Has Been Solved：Part 1”,
ROBOmind-Project proposes a method to replicate consciousness by program.

To summarize, the proposal suggests to create a program that builds and observes the same world as the reality inside its system.
This program that observes the world build inside play the roles of subjectivity and consciousness.

It’s been discovered that when we look at things,  we perceive them gradually from the details like its circle or square shape to the bigger picture like the shape of the face.
This is the same with the process of deep learning’s image recognition.

When we identify the object as a face in the last phase, we can think of it in a word using the term ”face”.
The phase of converting something identified into words and controlling it is a kind of symbol processing, and can be said the linguistical phase.
Our brain’s processing can be categorized in two parts: one perceives and identify things, while the other converts the identified into symbols and symbol processes it.
Unconsciousness processes from perceiving to identifying things, and consciousness processes the symbol processing (the linguistical phase).

But what consciousness identifies is the entirety of the said face.
However, on a face there are eyes and nose; which all possess elements such as line, circle and square.
However, consciousness cannot disconnect such elements individually which have been identified by unconsciousness from the entire picture.
No matter how hard consciousness focuses on the center of the face, it cannot see the nose on its own.

This story is about when I saw primitive qualia directly.

It happened back in my university days.
I was falling asleep on my desk at home.
I forgot whether I was studying or reading, I remember taking a peaceful nap in a warm spring sunlight on the desk by the windows, my forehead placed on the hands.

I suddenly woke up – maybe it was a shallow sleep.
“Ah, I didn’t notice that I fell asleep” I was pondering whether to wake up now or sleep a little longer, in the same posture for a while.

Then I realized something peculiar.
I see a bill in front of me.
I’d initially thought “I must have fell asleep on this bill”, but it sounds very strange if you think about it.

I was sleeping with my eyes closed, my forehead on my hands, if there had been a bill I wouldn’t have been able to see it.
This is very strange, I thought then recalled one time ”hey, I have experienced something similar to this feeling before”.

I must have been in an altered state of consciousness when I was almost awake.
I saw a hallucination of a bill.

Though hallucination it was, my consciousness was clear.
So I decided to check which bill it was.

However, as much as I concentrated on seeing it, I couldn’t figure out which bill it was.
I couldn’t see the number on the bill no matter how hard I tried to focus on consciousness.

Then, why did I think that the object in front of me was a bill?
Because I saw the pattern of a bill.
Maybe it is called moire pattern, the unique pattern for bills made of many thin curved lines.

Because I saw the pattern, I thought it was a bill in front of me.
I saw the pattern floating in front of my eyes.
No matter how hard I tried to see the details, I couldn’t zoom in; the image would slip away.
It was not blurry; rather, I could see that there were thin curved lines lined up in order.

I couldn’t see it no matter how many times I tried, so I decided to give up and to wake up.
I lifted my head up from the desk and woke myself up; as I’d expected, there was no bill on the desk.

After a while, I was thinking what it must have been.
One of the things I came up with was that, probably we humans identify things by dividing into small elements unconsciously.
In the case of bills, we identify them by their pattern of beautifully lined thin lines, their transparent drawings, and the number on the bill.
These elements are already stored in a database somewhere in our brain. So when we see one, we would identify these elements like the pattern and the number on it unconsciously before identifying the bill as its entirety.

What I saw must have been one part of the pattern of the bill that had been managed like this.
I accidentally saw a part of the elements that constitute the bill which I will never see if awake, but in an altered state of consciousness.

When you see a bill in front of you, you identify it as its entirety. If you look into the parts of the bill, you will identify which bill it is, its pattern and its transparent drawing in elements.
This is because bills are managed by such elements (qualia).

If we were to manage bills in bit-mapped images, the colors (R,G,B) at the coordinate (10,10) would be managed as (255,255,0), two dimensional 24bit colors.
It also shows that our brain is not employing the bit-mapped approach to manage things.

Rather than observing our brain from outside using MRI, how can we observe qualia from inside?
One answer to that question is the qualia of a bill I saw in an altered state consciousness.

This was the story of my qualia experience and out-of-body experience.