Layout of a mindBrainPatterns of cognition
R & D blog
Tweet 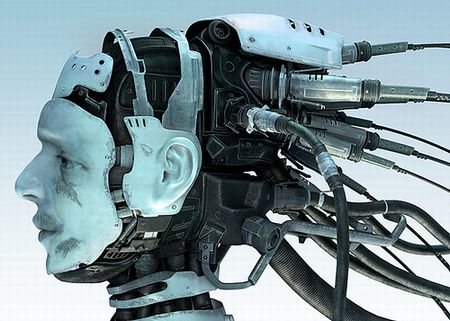 In the last post, we did a psychological problem called ”the Wason four-card problem” in order to reveal differences between human brain and computer.

Computer’s ＣＰＵ has its adder circuit, counting circuit, floating point number arithmetic circuit as well as logical operation circuit. Using these circuits, any computer program is calculated.
Similarly, it is believed that our human brain has some sort of arithmetic circuit to calculate words to interpret.

“The Wason four-card problem” is a hint to understand what sort of arithmetic circuit our human brain has.
The fact that even in the same kind of problem, there are problems that seem easy to be solved and those that are not easily solved pose the assumption that there are certain arithmetic circuits for particular kinds of question in our brain.

Now let us bring back the last problems once again.
Both had some kind of rule to regulate and each problem asked the legality of each condition.

In comparison, we can see the common trait in the easier problems.
That is, these are the problems that “detect who violates the rule”.
In other words, these problems look for those who do not comply with social rules.

Let us be more specific than that.
If you saw an underage person drinking alcohol at izakaya, you’d go “oh”.
“Don’t drink alcohol if you’re an underage”.
You’d intuitively go “oh”.
You’d react the same way when you saw someone littering a can on the street.

If you saw an underage person who is drinking, you wouldn’t think like ”you must be over 20 years old to be able to drink alcohol; thus, it’ll be the opposite if you are under 20…”.
Without any rational thinking, you’d react ”oh”.
This is what is intuitive understanding.

The difference between intuitive understanding and rational understanding lies in whether any emotion evokes or not.
For instance, such emotion would be ” Don’t drink alcohol if you’re an underage”.
Such emotion will naturally arise.

Such emotions evoke when you see someone who is not complying with social rules that people should oblige to.
Even if such rule was just made on the spot and never been practiced before, no matter how silly such rule was, it would function.
Let’s say a rule “One can only go bald when one is over 55 years old” took place.
People would feel an emotion which is almost close to anger such as ”you can’t go bald to such degree at the age of 35. What a brazen guy”.
（It would be a very difficult world for bald people though）

People live in society.
In order to maintain society, rules need to be implemented.
Thus, our human brain has this circuit called social rule judgement circuit.

The more difficult problems in the previous four problems were the ones whose rules relied on things, not people.
In a case of things, we cannot input into the social rule judgement circuit.
So instead of this circuit, we’d have to use our logical thinking to come up with an answer. That’s why it feels more difficult.

This ”social rule judgement circuit” applies to ”cognitive pattern” in the the ROBOmind-Project.
There are different patterns in cognitive pattern such as those that output emotions like “gratitude” and “anger”.

The part surrounded by dotted line is brain-inspired computer.
A robot has a “perception department” where it embraces inputs from outside such as camera and microphone; as well as an “action department” which outputs to the external world such as motor and speaker.

Image data captured on camera is divided into two paths – path for symbolization and path for action.
This is what I explained in ”Would A Neurological Zombie Dream About Qualia？：Part 2” and applies to the dorsal stream and ventral stream.

Data on “path for symbolization” will be converted into symbols (words) like “an apple” or “an elephant” at ”symbolization department” and will be input into ”symbol processing department”.
One word（symbol）has many related data associated with it.
In “symbol processing department”, input data is linked to related data and controlled by symbols.
In “symbol processing department”, input situations will be processed and those processable in ”cognitive pattern judgement department” will be sent to ”cognitive pattern judgement department”.
For example, in a case of ”social rule judgement”, the ”person” concerned will be entered and it will judge whether their behavior is against the social rules – if so, it will output “consciousness” that says “this person is against the rules”.
This is how  ”consciousness” realizes ”oh, that person is bad”.

Explained in “How Can We Reveal Our Mind From Observing Our Brain”, the upper part of our human brain which is closer to consciousness is believed to be structured in the Neumann style architecture.
Here ”symbol processing department” is the equivalent of that.
In the Neumann style architecture, it can execute any program that can be freely changed.
Thus, in ”symbol processing department”, consciousness can freely control symbols. It is flexible in a way.
When told certain rules, it can check whether it is in compliance with such rules by controlling symbols.
This is rational thinking.
However, as it requires careful control of symbols when applying rules, it takes more time and difficulty to come up with an answer.

On another hand, ”cognitive pattern judgement department” is believed to be structured in the exclusive circuit for the non-Neumann style architecture.
Once it enters, it will instantly find an answer and intuitively feel ”oh”.
It doesn’t think; it feels.
There’s no flexibility, yet it responds quick and accurately.

To make a brain-inspired computer which possesses a similar mind like humans’, we need to have a” social rule judgement circuit” that evokes emotions.
With this, it will be able to communicate smoothly in our human society.

When a newbie talks rude to the seniors and superiors, the scene becomes awkward; in this situation, the newbie does not have own social rule judgement circuit under control.

By the way, I used to get told off for not understanding the social rules when I was an office worker.

But I don’t think they had to go crazy for me sticking my booger to seal some document because there was no glue.